Computer games can get a bad press. We were inspired to find out the real science behind the headlines after a couple of things happened in our real lives. In a nutshell it turns out that playing games (as always we use the caveat “in moderation”) can have loads of different health and wellbeing benefits.

We were inspired to explore the power of games after Dulcie’s daughter Lyra had a knee operation at Sheffield Children’s Hospital. On the way to the operating theatre, pushed on the trolley our nerves (Mum and patient) were running high. When the Operating Department Practitioner asked us if she liked Subway Surf, we thought he was just making conversation – turns out not! As we arrived into what could be a scary place for a child, with tubes, equipment and an green army in scrubs, she was handed a special iPad with Subway Surf to play!

It certainly distracted her (although she complained her score was not as good as normal!) and whilst a nervous Mum was waiting for her outside, I called up Dr Iain and asked if this was a real scientific thing. Turns out it absolutely is!

Computer games can help not only with distraction, but also with pain relief, mindfulness, stress relief and can even grow parts of your brain…

To help us to explore these questions we invited digital expert, TED director, craft beer and gaming enthusiast Kimberley Owen (aka @craftbeerpinup). Kim has been a keen game player since begging for a Commodore 64 as a child and starting to code at a similarly tender age! This turned out really well for Kim who now has a senior role in digital media – and she also gave us some amazing examples of how she uses gaming in a really positive way.

Research using brain scanners – Magnetic Resonance Imagers – MRIs – have shown that gamers, especially on games that require 3D visa-spacial reasoning, like Minecraft or even first person shooter (FPS) such Battlefront (Star Wars) or Fortnite, lead to a growth of parts of the brain called the hippocampus. On The52Project we have already talked of the role of the hippocampus in learning and memory as well as spatial navigation. Similar studies in the 1990s showed that use of the hippocampus in helping London cabbies gain their licence (“the Knowledge”) led to an increase in the size and number of cells in the back parts of of this structure compared to other people of identical age, education and cognitive ability. This suggests that, like muscle, brain training can change the shape of our brains. This is perhaps not tooo surprising as our brains, and in fact our bodies, have evolved to change with environmental challenge to help us to survive and thrive in a changing world. That we can get more of the brain that we want or need by brain training, and it be fun, is still we think a big deal.

Not only that but there is research to suggest that when we look at the electrical activity across a brain that is doing relatively repetitive tasks that offer a reward and change slightly in scenario, whilst having the rules remain consistent – such as say Candy Crush, Tetris ot 10×10 – leads to ‘alpha’ brain wave patterns, oscillating at 8 – 12 Hz, in the brain that are similar to those achieved by experienced mediators. Alpha waves are present in our sleep-wake cycles but can be thought of being present when we are at ‘wakeful rest’ – like when we first get up in the morning. Using activities, that can include computer game like tasks, have recently gained commercial and clinical interest with equipment that can monitor brain wave patterns at home and help users initiate and maintain alpha-wave patterns. This has seen some successes in humans for seizure suppression and for treatment of depression – it may even help athlete performance by inducing a restful calm before and during the need for peak performance. Remember we have already looked at how music can affect mood (#Tip12)? Well music too can help induce more alpha wave states for your brains.

Again, we know the more that we practice getting into an ‘alpha wave state’ the quicker and better our brains at initiating those pathways – they literally get bigger and stronger. So playing certain games like Lyra’s pre-op Subway Surf can induce a more zen like state and if she continued to play it should should also get better at automatically learning the muscle co-ordination needed to operate the game’s characters – a bit like riding a bike. Undoubtedly such games also works in pre-op patients by providing a different and involved focus for their brain’s attention. As we know pain, including emotional pain, is perception – so by distracting the brain we can feel less pain or stress about a forthcoming event, by having a positive distracting focus. If you want to test this, the next time you accidentally hurt yourself, notice what happens when you focus on the source of the pain, and then instead, distract yourself with imagining say yourself on holiday, lying on a warm beach, counting the waves…

Computer games have also been used to help those suffering from Post-Traumatic Stress (PTS) and Disorder (PTSD). The annual Games for Change Festival is an annual event that focuses on how games – and now virtual reality and augmented reality – can be designed and used to give positive outcomes for health, education and relational issues. This is in part because it can allow people to be immersed in stories and scenarios that are safe. This can help with desensitising (conditioning) a brain to not respond adversely to certain stimuli and / or make more positive choices instead. This can include adding in a technique called Eye Movement Desensitisation and Reprocessing (EMDR). There is increasing evidence that FPS games can also provide meaningful and intimate forms of social interaction and identity formation – especially online – at anytime of day or night. This can also help those with acute anxiety or agoraphobia make meaningful connections and collaborations online including out of normal social hours. FPS games can of course include collaborative problem solving, a great life skill to acquire, as well as bonding experiences for families that can cross generations as they are not as reliant on physical ability. Again the more we play them, the better the proficiency we gain in all these skills.

If you are asking your children to put away their consoles is that playing games online – particularly where interacting and team work are involved can give them some fantastic life and employment skills. Whilst we always have to make sure our children are safe online and take sensible precautions, it can be really worth getting to know more about their online world – not just to keep them safe, but to find new ways to interact with them – and find out what new skills they have that a bit of gaming could perhaps help you with?!

There is of course a dark sides to any tool or technology and we should not forget that any tool used excessively or inappropriately can cause harm. We know that the dopamine hits we get from certain competitive binary (win-loose) games can induce addictive and aggressive states and conditions that are as real and harmful as addiction to substances or say pornographic material. Again, we suggest enjoying computer games in moderation. If you feel that you are sacrificing time, money and / or physical interaction with others – especially out of compulsion – then it’s probably time to put the controller down and talk to someone about it. Interestingly games that are more ongoing, with no defined goal (open-ended goal), what Simon Sinek would call ‘infinite games’, like Minecraft or the epoch old-school Elite, are far less likely to induce this kind of addictive need and compulsion to win.

Kim gave some great examples of how she will use different games for different things. To get rid of stress and tension after a day at work where she may have to have been polite when she felt quite cross, she will go for a shooting or fighting game! When she wants to be sociable she will join in a game online and has played many escape room type virtual games with her family. When she needs to calm a busy brain and simply chill out, she will use a single player and / or more simple game.

Lastly, if you want evidence that computer games are or can be helpful for training (connecting and growing brain circuits) your brain, you only have to look at the investment that airlines and forces have made over decades into training their personnel, like our pilot James Bushe, using simulators.

The research suggest that playing computer games (in moderation of course) can help people with various abilities and disabilities, and ‘spectrums’ all improve the effectiveness of neural circuits involved in:

Perhaps the future of neuroinclusion include a place for gaming.

Another brain scientist Daphne Bavelier talks about how the average age of a gamer is not 14…but a surprisingly old 33! She talks about how it is only our perception as parents that means that we might not realise that gaming could be just as good for our brains as reading Shakespeare or doing Su Doku – and that in reasonable doses the action packed shooter games that we might look down on or worry about actually have powerful and positive effects on our behaviour and our brains. Great for de-bunking some myths as well!

Kimberley is also the Director of TEDx for Leamington Spa and so it is great to be able to share a talk that she organised about how video games helped four teenagers to develop two multi-million pound businesses. Natalie Griffith also shares 3 tips she has learned from video games for being braver when starting any project!

What Are Alpha Brain Waves and Why Are They Important? (Healthline Article)

We found this one a bit by accident – but we will definitely be holding on to it!

Our top tip is to find a game that helps with a particular thing that you would like to improve – to be more mindful and de-stress try something like 1010 or Tetris. To engage with other people to join you. To get rid of excess energy try an age appropriate game involving high action like Battlefront, Red Dead or Forza Horizon.

Just a last word on gaming – please remember like anything else – too much of a good thing can turn into a bad thing. Gaming Addiction (also known as Gaming Disorder, Video Game Addiction (VGA) or Computer Game Addiction) is also a brain “thing” and you can experience similar symptoms to other addictions. So if you need help, please don’t be afraid to ask for some. Addiction is not a weakness or a failing – there are further things that you can do to help. Please do also get in touch with us. We’d love to help.

Tales from our Test Partners 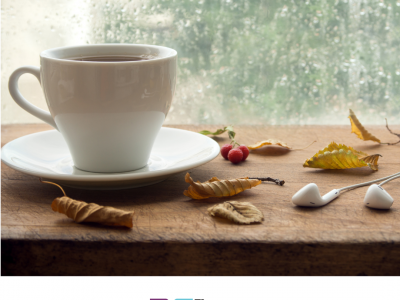 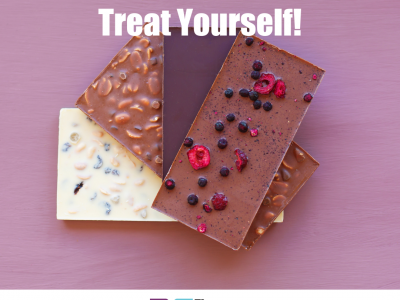 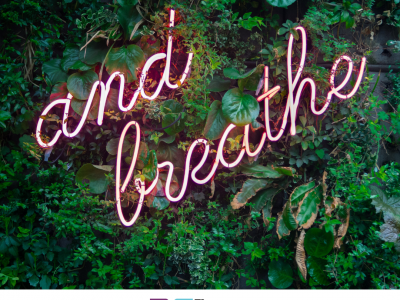